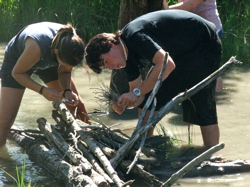 The teams can float their fire on logs, build an elevated fire on stilts, pile up rocks to make a small island, or whatever else they come up with, as long as their egg is hard boiled within the given area. You can do this activity in still water such as a pond or lake, or for an added challenge you can do it in moving water such as a river. I’ve done it in both still and moving water, and neither was easy. 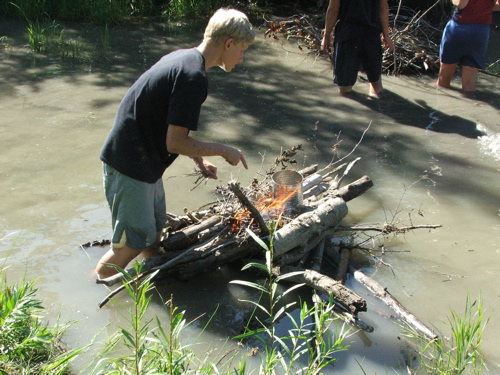 Published in All the other stuff